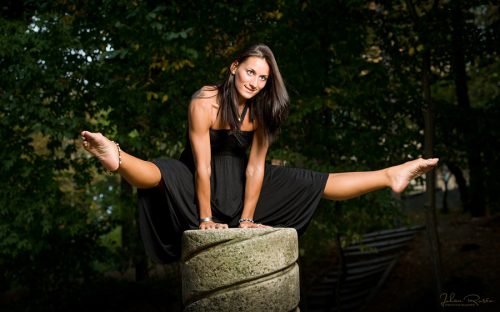 I am Roxana Chiperi and I invite you to discover the world of my passions.

Starting from a childhood not entirely happy, but rich in educational experiences, I have evolved, taken the shape of a fighter committed to help, eager to be remarked through good deeds and dedicated to the mission of spreading smiles everywhere around me. I have uninterruptedly looked to learn new things, to elevate myself and to continuously become a better version of myself.

I have discovered my passion for dance by carefully following Michael Jackson’s moves on the TV screen and copying his choreographies.

The passion for acting has lit me up from the early childhood days when I was reproducing scenes from well-known plays to the full delight of the adults. My artistic efforts have been rewarded with their warm laughter as they were watching each grimace made by me throughout the theatrical act.

Later on, the dance has proven to be the main activity that represents me as an artistical being, as a creator, in which I find my inner self, no matter the emotional state I am going through.

With dance, filling completely my soul, I have directed my attention and abilities to sports, especially as I have the advantage of an excellent genetical structure. And so, it naturally came to me to start practicing fitness on competitional level from the age of 21, under the careful direction of Nicoleta Radu, a Romanian champion on both national and international level.

And then, and new passion has been revealed to me right from the first role as a Stunt Performer when I had to play the part of a female fighter for a Romanian historical show. I came to find out that this role was fully representing me, from all possible standpoints.

Today, I live and breathe Arts and Sports with cheerfulness. All my adult life I have been involved in several projects that brought to light my artistical talents both in dance and acting.

I wish to be able to make people smile whenever they are around me and be supportive in driving the change for the good in the lives of the ones that need it.

I want to help the people understand that NOTHING is impossible when someone truly wishes something to happen. I am the living example that this can happen!

I am Roxana Chiperi and can be everything that I want to be!

Come and join me and be part of my small Universe!